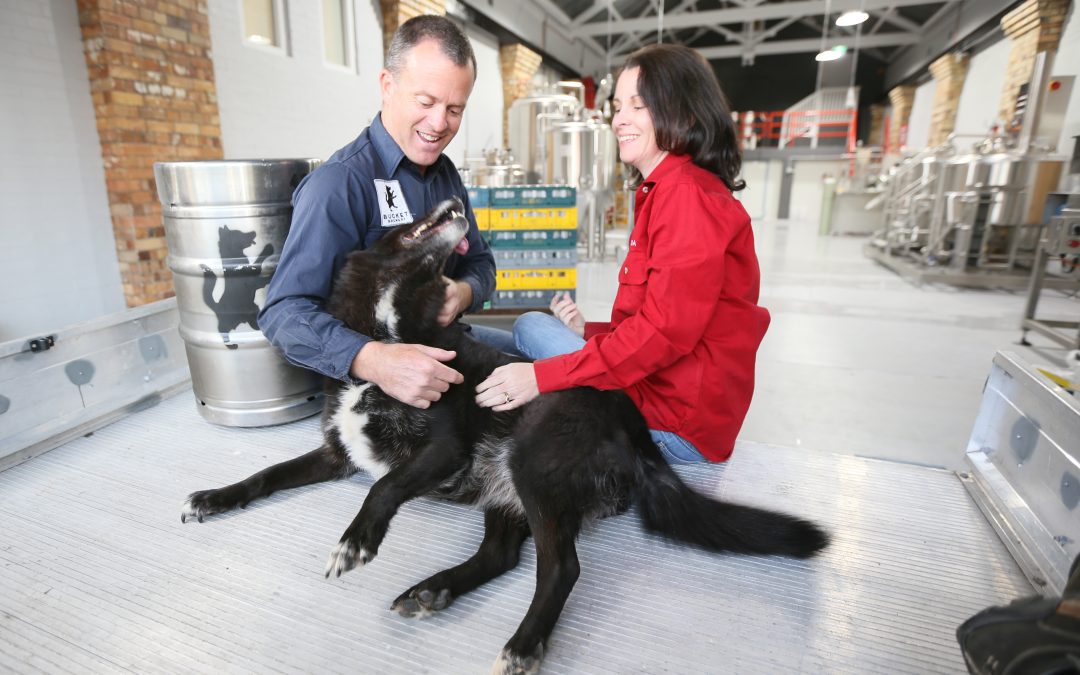 Bucket Brewery, the Mid North Coast’s newest boutique brewery, is all set to launch at its home here in Kempsey.  The brainchild of Tim Sproule and his brother-in-law Sam Preston, this impressive small scale operation has been in development for many years.

“Sam’s been brewing for at least 20 years and during our weekly family dinners we would gravitate to the shed and share ideas on brewing and beer styles.  We purchased a 50 litre system initially and the feedback from friends and family was really good.” said Tim

With a degree in science to support his skills, Sam looks after the technical side of production while Tim manages marketing and promotions.  The pair’s wives, Amanda and Peta-Maree, take care of the administration for the small business.

Despite the adages that discourage working with family, for the two couples this is a perfect fit.  They have spent time ensuring that their values are aligned and that they each have a clear understanding of their roles and expectations.

“We started by sharing our dreams first, then researching to the point where we felt we knew enough to progress to the next step.  We knew we could balance our jobs, our families, and the brewery by keeping it on a manageable scale.  This being an affordable area to live has helped us manage the financial side of the development” said Tim.

One of the main factors that enabled the pair to move from a dream into a reality has been the overwhelming community support they have received.

“It’s as though people are willing us to succeed.  Not only has the feedback on the beer been extremely positive, but the entire process of building the brewery has been strongly supported by locals.  All of the labour in building the factory has been sourced locally, some even donated their time and skills free of charge.  People are so generous” said Sam

Tim and Sam invested in a consultant who specialises in establishing breweries to assist with the selection, purchase and setting up of the system, and both feel this has been money well spent.

“We are now at the stage where we are testing the equipment, and then we will do a ‘water brew’ and our first test batch.  We are specialising in German style beers including lager, black, wheat beer as well as an American style pale ale.  We have strong community support and feel confident that our launch in November will be very successful” said Tim.