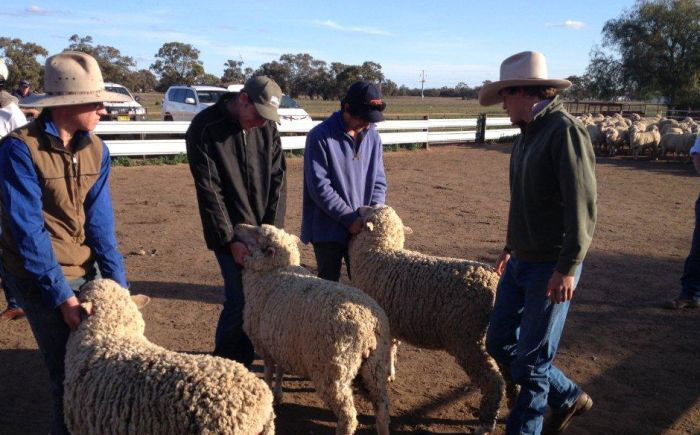 Want to get a taste of farm life without leaving the country or moving thousands of kilometres away?

Two training organisations in New South Wales might just have the solution.

The scheme is designed to encourage young people to embrace careers in agriculture during their gap year after high school.

The initiative came out of this year’s Heywire Regional Youth Summit in Canberra.

Mr Harris said his fellow Heywire winners were all inspired by similar experiences.

“So we thought why not try and give people the opportunity to not only buy them more time to think about what they wanted to do in their life, but also to experience something,” he said.

“Why not experience the beauty of rural Australia ?

“That was our main motive.”

This year fifteen communities across the country have received Youth Innovation Grants from the Foundation for Rural and Regional Renewal.

Sandra Ireson, secretary of Hay Inc. said the concept is a natural extension to its new training program for jillaroos and jackeroos.

We had faced a time in our life where we weren’t really sure what we wanted to do post school.

“This year in June at the Hay Sheep Show we graduated out first group of trainees through our program,” she said.

“Some of those fellows are looking for work placements and some are already employed in the industry, so that’s a great start.

“We’ve already got some trainees that are keen to find a gap placement.”

It is aiming to place people on properties in a block of three, six, or 12 months.

“We do see a lot that disappear into the [Northern] Territory and they’ll get that experience up there,” Mrs Ireson said

“We’re hoping to set that up down in our area too.

“Sheep and wool is such a big program here in the Hay district and we’ve got some large stations that can take people on now, which is great.”

The aim is to offer 20 to 45 students first-hand experience in a rural farming community by staying on farms with families and learning new agricultural skills.

“To really target what they see as priority areas and to engage young people in what they would consider to be interesting and worthwhile time for them after they leave school.

“A lot of people are undertaking HSC and many others are thinking about what they want to be doing in the next 12 months.

“We want to jump into that space.”