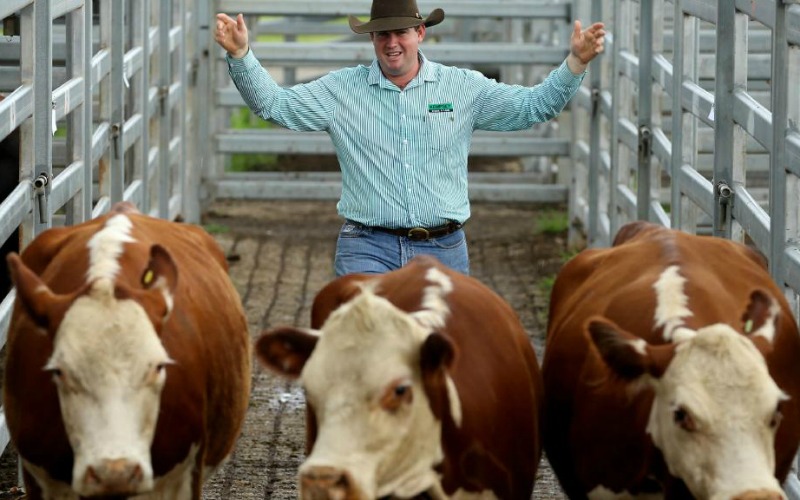 Kempsey folk work around the clock to keep their town and the country going.

TOWNS like Kempsey are buzzing with activity 24 hours a day. Here’s a typical day in the life of Kempsey.

FORGET about the stereotype of men toiling in the field and the women in the kitchen — today’s bush towns are literally keeping the country working.

Women and men are working a huge variety of jobs around the clock to keep not only keep towns ticking over but lending a big hand to the nation’s economy.

Latest figures reveal country workers make up a third of NSW’s workforce, and they have grown by 51,000 (4.4 per cent) in the last year, the biggest increase in employment compared to all other regional areas in Australia.

The latest Australian Bureau of Statistics (ABS) research shows regional employment in NSW has grown by more than double the Queensland total (24,000) and more than five times faster than Victoria (9600 new jobs).

And these aren’t just jobs for farmhands or cooks.

Beauticians, interior designers, pharmacists and tennis coaches are among the wave of new jobs in the bush. It’s a story being played out in almost every town across the state, with latest labour figures showing there were 1.23 million people employed in regional NSW compared to 2.524 million in Greater Sydney.

Towns like Kempsey on the mid-north coast are the perfect example.

Rather than a grizzled old farmer, its mayor is the glamorous Liz Campbell.

She said it was the people that ensured country towns like Kempsey not only survived but thrived.

“When my dad came up here years ago to set up a business he would stand on the street and talk to everyone that walked by,” Mrs Campbell said.

“That’s what sets us apart from the city, strong relationships with community and we need to capitalise on that.’’

With competition with online shopping, Mrs Campbell said shopping was no longer 9am to 5pm and businesses needed to adapt to open later.

She said businesses had already taken to social media to promote themselves and their product to be competitive with the city.

“The city never sleeps but neither does the country. Our small streets might be quiet but there is still a lot happening behind the scenes,” she said.

Since the highway bypassed the town in 2013, Mrs Campbell said the council had spent $3.2 million on beautification of the main street to transform Kempsey from a highway town to a destination town. They had also created a marketing campaign to promote the region.

The state government has committed $190 million in the next four years to create 150,000 new jobs in NSW.

It is planned that 30 per cent of the funding will be allocated to regional areas.

“Small business are the friendly faces at the local cafe, they are the electrician, the hairdresser and local builder,” NSW Regional development Minister John Barilaro said.

“They are the people who keep local communities strong and invest their livelihoods making sure people have jobs.”

WORKING AROUND THE CLOCK

1am: Baker Adam Barnett from Barnett’s Bakery starts to roll dough for the bread and makes meat pies.

2am: Kempsey police officers patrol to make sure community is safe.

3am: The early shift is making Milo drink at Nestles Smithtown factory.

4am: Laurie Argue from Kempsey Stock and Land is drafting and penning cattle.

6am: Crescent Head newsagents Paul and Shauna Conquit have already been up for two hours and are about start their delivery run.

7am: Kate Mentjox from the Green Room cafe gives locals their first hit of coffee for the day and is preparing food for the day ahead.

11am: Plumber Ben Paix is boring holes for footings under a house.

5pm: Rebecca Le Brocq from The Emporium on Smith stays open late for so women can come after work.

9pm: Mechanic Jayden Vella from Mavin Truck Centre is ready to be called out for a breakdown.

12am: Nurses and doctors at Kempsey District Hospital are treating patients.