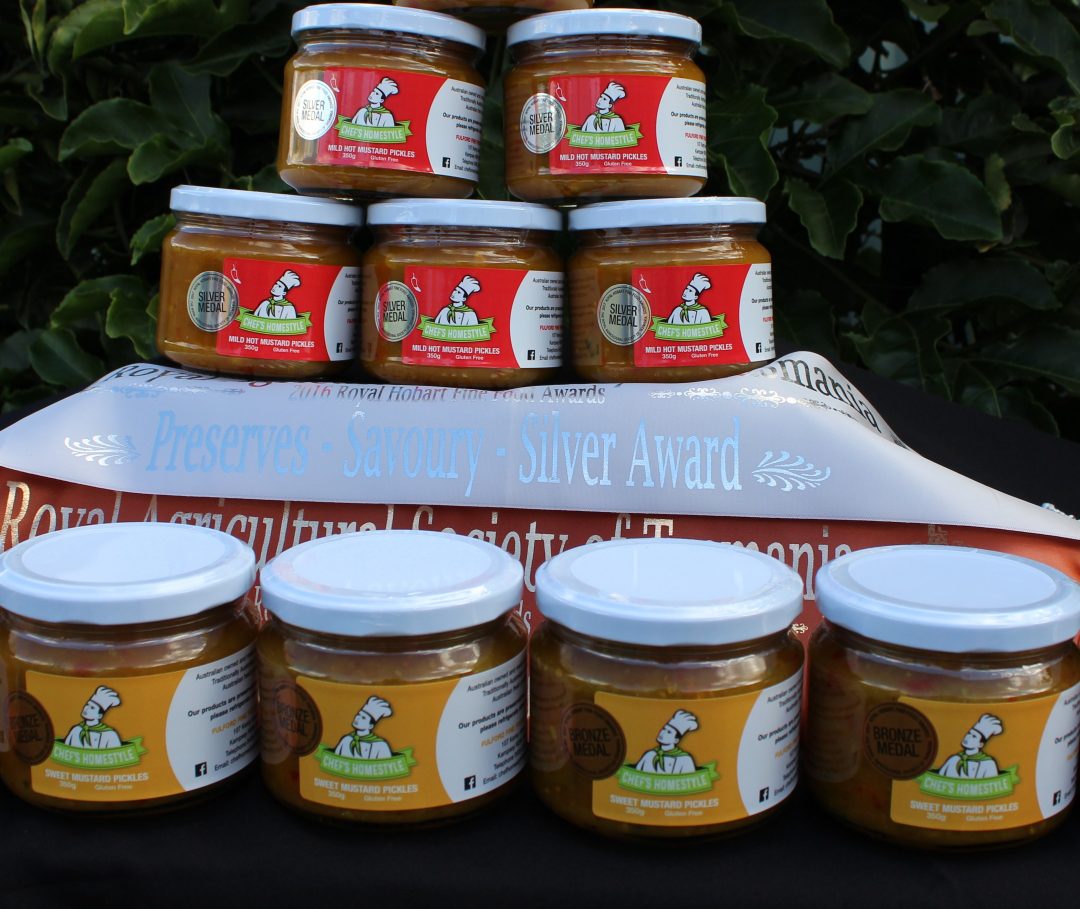 Chef’s Homestyle pickles were around long before business owner Stephen Fulford was born.

The recipe originated with Stephen’s mother, Lillian, who was a fantastic cook and could make delicious food out of very little.

Lillian and Ray Fulford farmed in Kundabung and endured many hardships, including two major floods. When Ray retired on an army pension, Lillian supplemented the family’s income by creating her own pickles.

“She became a bit of a local legend, making jams, mustard pickles and other condiments, Stephen says. “People would rave about them. As she got older she would sell her condiments and jams at the local community markets. She would then get orders from Darwin, Sydney and as far away as England!

“I’m so glad that I took notice and learned the magic of her recipes.”

While Lillian’s famous pickles won prizes at the Royal Easter Show during the 90’s, her recipes have stood the test of time, with Chef’s Homestyle pickles winning silver and bronze at the 2017 Hobart National Food Awards.

“We’re passionate about ensuring the quality of our recipes are maintained and not deviated from,” Stephen says. “We’re also proudly Australian made and endeavour to use as much Macleay Valley and Mid North Coast produce as possible.”

Stephen loves the Macleay Valley and believes it is a wonderful place to start a food-based business.

“The Macleay Valley is still small enough one can be part of a friendly yet professional business based community,” he says. “The retail business community along with many others have embraced our business model with open arms.”

The innovative chef’s future goals are to expand the Chef’s Homestyle mustard pickle range to be stocked Australia-wide.