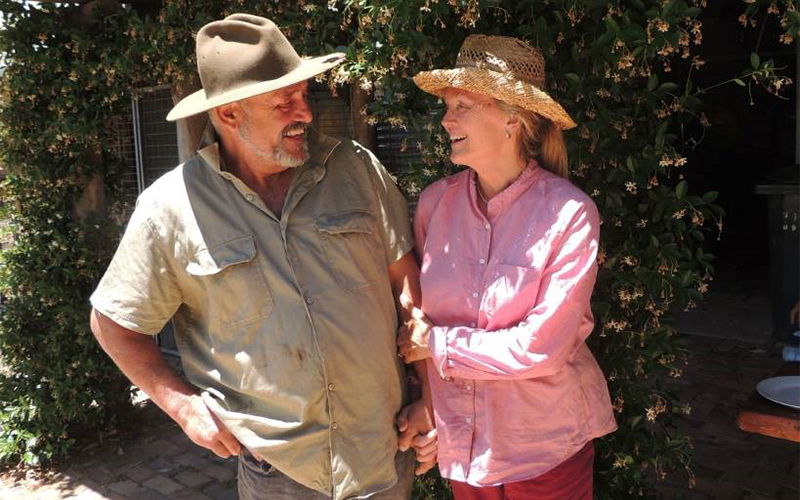 Local organic farmers Marcus Skipper and Sally Ayre-Smith have a bold vision for the future of the Macleay Valley.

The couple own Sweet Water Garlic farm at Sherwood and are two of the driving forces behind Australia’s first completely certified organic distribution centre, to be built in Kempsey’s industrial estate in March 2017.

The distribution centre will be owned by The Organic Marketing Company, a collective of 47 farmers from Grafton to Gloucester and South Australian company, Natural Organics.

“The company was formed seven years ago by a group of farmers who wanted to improve and control the marketing of their products,” she said. “Three years ago the board made a decision that our marketing model needed to change.

“Stage one will be the distribution centre planned for Kempsey – we have purchased the industrial land beside the Puma service station in South Kempsey and will start building next year. We are hoping to have it finished by mid-2017.

“We will have a 1000 square metre warehouse and a huge retail shop selling certified organic produce right beside the highway!”

Miss Ayre-Smith said she felt it was the right decision to locate the distribution centre in Kempsey and outlined the company’s stage two plans.

“A lot of people wanted it in Coffs Harbour and we really had to fight hard to have it here,” she said. “We are halfway between Sydney and Brisbane and located right on the highway.”

“The Organic Marketing Company’s stage two plans include training young local certified organic farmers to produce food on small acreages. Farming is a noble profession – growing the best quality food for now and the future and making a good income from this sort of farming is something to be proud of.

“I am very passionate about training young certified organic farmers,” Miss Ayre-Smith said. “We want people to farm land that grows all kinds of food, not just beef. We want to encourage young people who perhaps don’t want to be tradespeople or traditional farmers to study horticulture, then come to us for experience working on a farm and getting paid for it. They only need a couple of acres to begin growing their own food and selling their produce to the distribution centre.

“We’re in our 60’s but we want to be part of the change here –  we want to open up this beautiful valley.”
Originally Posted Macleay Argus
Geordie Bull @geordie_bull